December is here. It’s an intimate time that puts things in perspective if other moments throughout the year hadn’t. Winter has that effect, naturally. The cold and dark mood of the world, especially as rain drenches all and you can see your breath cut through the air at 9 in the morning in the lowest part of San Francisco, is only fitting for the human spirit to start radiating what warmth it can to fight against them. And in Denmark, it’s all praise for such a phenomenon: ’tis the season of Hygge.

I first heard about Hygge in some radio commercial of Christmas Past for Cost Plus World Market, when the celebration was marked by candle light and lots of pillows and blankets around cups of hot coffee. “Hooga” is the celebration of coziness, as the word roughly translates to. Visit Denmark elaborates on the notion of Hygge as “creating a warm atmosphere and enjoying the good things in life with good people… Danish winters are long and dark, and so the Danes fight the darkness with their best weapon: Hygge.” And I had my eyes set on Denmark this year for traveling. What I would have given to seen the country in the time of all this warmth; the candles, the thick wool, the cheerful winter markets and colorful harbors lively and busy against the cold of Copenhagen as boats bob in the canals. How marvelous it would have been to see, especially for a fairy tale city I grew up admiring from the stories of Hans Christian Andersen and summer visits to California-based Solvang. As life goes, Fate had it that my time would be spent elsewhere, with my oldest friend whom I met up with amidst the holiday sprawl of a snowless New York City. But, timing is everything. In the time that I would have seen myself gone away from home just made me remember that for this time of the year, home is where you really should be. Hygge isn’t just a holiday or in one place– it’s coziness all around, a feeling one must create so that the darkness of winter does not consume them. As far away as I remain from the hub of Hygge, there’s no telling that what I have experienced here in San Francisco during December isn’t Hygge at all.

Start with coming back from New York. Although the heart of the Silver Bells myth, it felt as Christmas in New York as it would in a palm tree laden paradise. Maybe it was the lack of snow, maybe it was how 5th Avenue and SoHo felt so identical to Union Square back home, but coming back to San Francisco is when I truly felt the Christmas spirit. There really is no place like home for the holidays, as the song goes, so I like to think it was that. Nothing beats the familiarity of

These strange, familiar occurrences really put forth that feeling of love and joy needed most in your city just weeks away from Christmas– and best feelings when they’re the gifts you find giving back yourself.Having been broken up with by boys from afar and by friends who grow busy with their new lives in new homes in different cities or with other friends who are less weird than yourself– you start slipping into a self-despair of insignificance. But that’s the beauty of Hygge, and how I’ve found that this is the year where that feeling only comes best from when you find yourself becoming the warmth that another lost soul had been searching for, too.

Being there for someone is better than the other way around– it’s you in all your imcompletion that someone else begins to feel complete, a miracle and reminder that you alone are desirable, worthy of the love that keeps the human spirit alive and well in the winter. Reminders like serving as the date for a holiday party that isn’t your own, a date who was so proud of your elegance in a blue dress in the private room of the Waterfront Restaurant where wide windows embraced the glow of the Bay Bridge lights across the dark waters. It’s them that you keep falling more in love with and less in love with the band right before your eyes, the band that was the first love of your modern life. They say money can’t buy happiness, but it sure does when your purchases create the best memories, and the night of chaos and familiar tunes at Not So Silent Night was most memorable. I would have never had the pleasure of Bastille, Head and the Heart, and Green Day all at once in so beautiful and vibrant a memory without the utmost love and appreciation from someone new. The music plays loudly the songs you know by heart and classics you think only you as a true fan knows– and by some Christmas magic, you find you’re not singing alone.

In the past, the love and joy were things I received from many–and those many faces are gone. Little would I know that a year later, this was to be the Christmas for me, a lifelong dream finally fulfilled at the expense of a stranger who’s been the blessing I hadn’t seen coming, a face with soft eyes that make me feel alive and less alone as they sing softly to Rivers and roads when the Head and the Heart close their set on one of their most heartfelt songs that pierce the arena– rivers ’til I reach you.  As Christmas miracles prove,you suddenly feel like there’s nothing else needed in return for marking this most perfect moment in the cold of the world.

In creating that perfect intimacy most needed now, Hygge is best found by old, familiar experiences. Except for now, when you can relive them with new others, when you can feel that these moments need not be bound by one cold winter, but for eternity. Timing is everything, and if you’ve found Hygge, then time is aplenty to keep cozy.

I started out for New York less than a week ago. I wanted to go big for my 25th birthday and not alone, so my oldest friend would meet me at the airport just a month after I’d celebrated my birthday, and less than a week before she would celebrate hers. So smack in between us late bloomers, was a journey to a city. After a bumpy, clouded red-eye from SFO into JFK, there at Gate 19, we were united and headed out to town in gold-gilded paper crowns and no plans of sitting still. 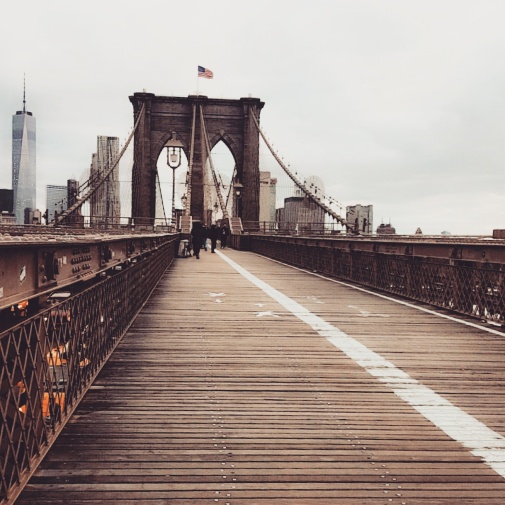 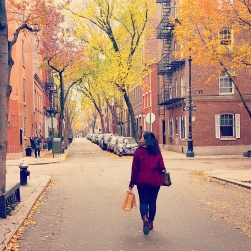 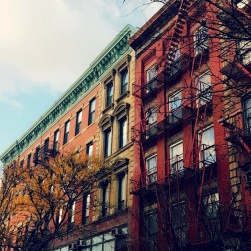 No wonder New York is a literary treasure, where writers are born, or at least flock to in giving birth to something from their imaginations that only this city can bring about with its endless characters, sights, sounds, and, especially to each their own, memories. It’s old, it’s rich, it’s a universal consensus that all and any happens in this town. It’s also why I feel that for visiting New York, there wasn’t anything new to tell of it. The great writers before me, who I hope to be, all tore down and ripped the streets of New York to shreds with their stories of the lost who were found by readers around the world. It’s the definitive zeitgeist of storytelling, or launching a story for the masses, so for the masses this city belongs to and always in the public eye– always something seen by everyone.

So let me just brief you on the little moments, the quiet ones not captured by my camera and only remembered in that moment of the sleepless nights had in four days. It’s not much, but that’s the point.

And in the little that I reveal about New York City, it’s a reminder of my grand, personal duty to my own city, San Francisco. It is up to me to be a part of the narrative of this little sister to the literary legacy before it, and she’s got a lot of catching up to do– and not without my help, to write down the stories I keep living here.

Bounded Christmas trees, fresh from Vermont, leaning against wooden frames for sale as their chicken wire reflected the twinkle lights strung from the vendor’s cash register.

Silver glitter atop sprinkles and whipped cream and the cherry atop Frozen Hot Chocolate. Accompanied by a single pink striped birthday candle.

Igloos. NY gets obsessed with these things around this time of year.

Yellow leaves of the Villages, East and West.

Boarded-up brownstones in the Barrio.

Porcelain dolls with their eyes cut out for steam punk jewelry on the Broadway Market expo.

The Roosevelt Island tram whizzing threw the air past the heavy flood of headlights to and from the Queensboro bridge.

The dried trees of Gramercy Park.

The dancing pie waiter at Lalo.

Cracked knuckles against the bitter cold of New York.

Black-stained steel of the staircase of our apartment.

The Empire State shrouded in mist.

The worn lions that guard the Public Library.

The soft handwriting of Alexander Hamilton to his brother.

Captain America kissing Wonder Woman in the center of a black and white Times Square, circa 1945.

Seeing Johnny Weir’s skating outfit through the screen of a man’s phone ahead of us in the growing crowd.

“The closest we’ll get to Hamilton!” – New York Public Library

“Okay folks let’s move in– make plenty of spaces for beautiful faces!” – Elevator going up to the Top of the Rock

“Oh is it gonna be televised?” – Bryant Park

“What the DICKENS!… And I do mean Dickens.” -East Harlem, AirBnB

“I do birthdays, weddings, Batmitzfahs…” -Rolf’s

“Gonna Shrek it up and layer.” – AirBnB

“Everyone, we have two birthdays in the house!” – Serendipity

“This couple is really getting romantic and I’m just mackin’ on chicken nuggets.” – 230 Fifth 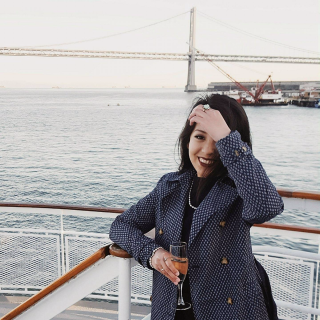 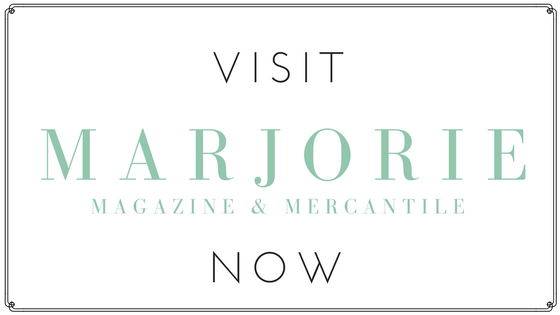